My short story, "Private Transit," will be released in Issue 7 of Here Be Monsters on October 5. I will not be able to attend the launch in Montreal, however, if anyone is interested in meeting the authors/editors, they can go to Kafein at 7:30 at 1429A Bishop St., Montreal, Quebec H3G 2E4. More information about Here Be Monsters can be found here. I will update with additional details about purchasing the book as they become available!


I will be at the Word on the Street Festival in Lethbridge, AB, presenting and reading from my book, Before We Go from 3:00-3:25 on Sunday September 23, 2012. Word on Street will happen at the Lethbridge Public Library (Main Branch) from 11:00-5:00 on September 23. More information can be found here.

I will be at the Alberta Literary Awards Shortlist Readings and Pub Night in Calgary on Wednesday May 16 7:00-10:00 pm at the Rose & Crown Pub in the upstairs private room.
The Rose and Crown Pub is located at 1503 4 Street SW Calgary. Shelf Life Books will be selling nominated titles and many of the authors will be on hand for signings and one-on-one questions. Confirmed readers include Suzette Mayr, Rosemary Nixon, Michael Penny, Lynn Coady, Barb Howard, Cathy Ostlere, Betty Jane Hegearat, Rosemary Griebel, and Amy Bright.
There is a possibility that my first book, Before We Go, will be for sale at this event. I hope you can make it!

Toronto author Nate Hendley, author of Motivate to Create and a number of novels in the true crime genre, recently posted an interview with me on his website. You can find the interview here, where I talk about my motivation for writing!

"Look At It This Way" can be found in the Fall 2011 issue of Character I, available online.

I will be holding a book launch on May 24 in the Theatre Gallery of the Lethbridge Public Library (downtown location). More details to come!

Before We Go will be released by Red Deer Press on May 15, 2012. Pre-order is available from Amazon (US), Amazon (Canada), Barnes & Noble, and from your local bookstore.

Before We Go is my first novel for young adults. When seventeen-year-old Emily Henderson leaves the hospital on New Year’s Eve after visiting her grandmother, she isn’t expecting to do anything except spend the night at home. But when she is convinced by Alex and Lucy, a brother and a sister, to tag along on their plans, she is swept up in a night where secrets are unraveled, ones that have spanned generations. 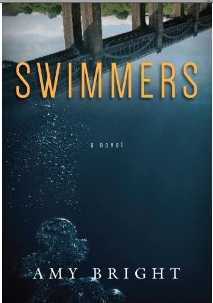 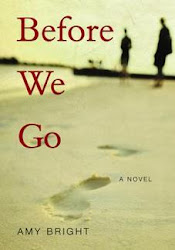